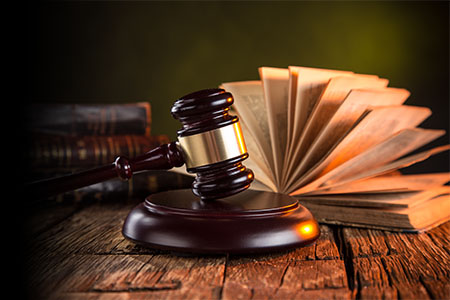 Breaching of a contract has certain legal consequences that signing parties are kept aware of at the time of signing the contract. There are many cases in business law, where one party breaches the contract and the other party becomes subject to the remedies.

In general, there are two types of subsequent remedies that the non-breaching party seeks: equitable and legal. These two vast types of remedies have further subtypes which are applicable in different cases.

Order of the Specific Performance:

Specific performance is the court order which orders the breaching party to execute the contract as it was originally signed. Although this remedy occurs rare, however, it is applicable in certain circumstances. For instance, if the case at hand is unique like a certain piece of property or a famous painting. The reason they are rare is also that this involves monitoring of the court of the contract.

Rescission of the Contract:

In the rescission of the contract, the non-violating g party removes its side responsibilities laid under the contract. It is possible when the contract is based on the mistake of some kind of fraud by both or one of the parties. It is also applicable when both the parties want to cancel the contract and return the money as agreed according to the contract.

Reformation of the Contract:

Consequential damages refer to damages when the innocent party is reimbursed for indirect costs that result after the breaching of the contract. Such damages are the results of unpredictable circumstances. For instance, in case the innocent party cannot access certain materials o third party that are necessary to manufacture a product, the party can ask for the compensation of the damages. However, it has to prove that such losses were foreseeable for both the parties while drafting the contract.

In these damages, the guilty party is punished in order to ensure that the damaging party avoids such action in the future. But punitive damages need to have stronger intent than a typical breach of contract. For instance, the plaintiff has to prove that the breaching party of the contract has acted in a fraudulent or malicious manner. But seeking punitive compensation also depends upon the relevant state laws.

Liquidated damages are those damages that are predetermined in the contract. In those cases when it is difficult to gauge the real amount that a party lost due to the breach, liquidation damages are included such contracts.

The Cost of Legal Assistance:

The damaged party in the breach of the contract can receive the attorney fees and other compensation amounts that he or she bore during legal action. Few states allow such damages if they are written in the contract.

Call for a free consultation with a business lawyer in Schaumburg

From incorporation to exit strategies, Buy/Sale of businesses, Non-Compete Agreements to Contract Review, every aspect of your business is carefully considered. Speak with a business attorney at Allen Gabe Law, P.C. by calling (847) 241-5000, Ext 121.

Charleston criminal defense attorney have successfully handled thousands of cases as well as across the United States, in both state and federal courts. We will tenaciously fight for you from start to finish and do everything we can to help you reach the most favorable outcome possible.