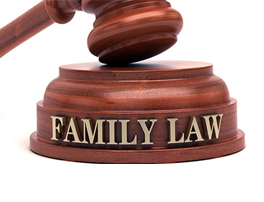 When married couples go through a divorce, one of the biggest issues that needs to be sorted out is the custody of their children.  In Illinois, the majority of child custody disputes end with the courts assigning the divorcing parents joint custody.  The state of Illinois prefers joint custody because these arrangements are typically in the child’s best interests.  This means that if you want sole custody of your child following a divorce, it will take some extra effort.  Parents are only granted sole custody of their children in Illinois if the court truly believes that it is best for your children to be in the sole custody of one parent.

The process of gaining full custody of your children is a stressful process.  You will need to submit a petition to the court as well as a Child Custody Affidavit to start the process.  You will also need to prove to the court that your ex-spouse is an unfit parent and that you are fully capable of handling the responsibilities that come with sole custody.  In this guide, we will cover the steps you need to take to obtain sole custody of your children to help you navigate the process.  Knowing what to expect when working towards sole custody will help make the process a little easier and less stressful.  It will also help immensely to work with a trusted family law attorney to help you through your child custody dispute.

Definition of Child Custody in Illinois 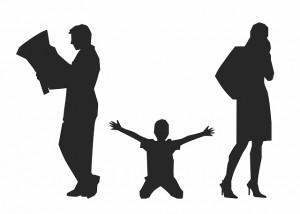 Joint custody and sole custody are the two options parents have within the state of Illinois.  The courts generally prefer to grant joint custody because it is beneficial for the children to have healthy relationships with both parents.  In Illinois, being granted custody means that you have the authority to make decisions for your child concerning education, health care, and religion.  There is also no distinction between legal custody and physical custody, as the state of Illinois just grants “custody” which is the right to make decisions.

Filing for sole custody of your children starts with petitioning the court for sole custody which Illinois allows you to do within your divorce petition.  In addition, a Child Custody Affidavit, also known as a Uniform Child Custody Jurisdictional Enforcement Act Declaration, must be submitted to the court.  This document informs the court of your child’s current living situation, including where they live and with whom, and should include details of other child custody cases past or present that involve your child.

As mentioned above, Illinois courts prefer to award joint custody unless one parent is unfit or if both parents cannot make decisions for their child together.  The parent petitioning for sole custody must prove that the spouse is unfit to be awarded sole custody by the court.  You can submit documentation including bills, exchanged emails, police reports, and other relevant paperwork to help build your case for sole custody.  However, your case must be built in good faith.  If the court believes that you are trying to alienate your child from the other parent or that you are intentionally being uncooperative to show that you and your spouse cannot work together, there is a good chance you will not get sole custody.  It is even possible for the court to award soul custody to your spouse if you do not act in good faith.

The following documentation can help you build your case that the other parent is unfit:

Sole child custody is difficult to obtain unless there is clear evidence of abuse on the part of the other parent.  When courts in Illinois make their decision on child custody, they will not only consider the petition and wishes of the parents, but also the relationship the child has with each parent and sibling, the mental and physical health of the children and parents, the willingness of the parents to help their children have a close relationship with each parent, the child’s adjustment to their home and school, and any history of abuse or domestic violence.

One of the best ways to improve your chances of being awarded sole custody of your child is to enlist the help of a family law attorney that is experienced in dealing with child custody disputes.  Our attorneys at Allen Gabe Law, P.C. have years of experience dealing with child custody disputes and we will always work with the best interests of your children in mind.  We will help make sure that you submit the proper documentation to petition for sole custody and we will also offer you guidance to help you build your case.